BrightPath > Who We Are

We Really Care About What We Do

Everything we stand for revolves around providing the very best in care for your children. Here at BrightPath, we understand just how tough the decision and transition can be to send your child to child care.

Who is going to look after my child? Will they be safe? What will they do all day? Are they going to be challenged?

These are all questions we have wrestled with as parents. We would like you to consider us as an extension of home; a caring and nurturing place where your children are intellectually and emotionally stimulated by dedicated staff that are not only early childhood educators, but amazing human beings. 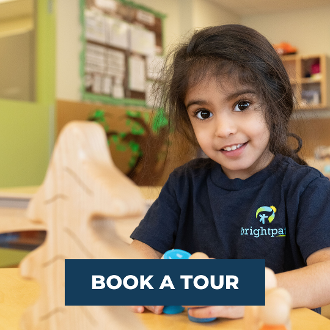 Care
We take care of the children entrusted to us and our dedicated staff. All are appreciated and diversity is valued.

Quality
We maintain the highest standards in care and safety and provide exceptional early years education.

Service
We provide exceptional service and are integral to supporting parents bringing up children.

Value
We provide outstanding value for our families.

We are powered by people. Here at BrightPath, we pride ourselves on a people-first attitude and believe in the word ‘team.’ Along with our Centre Directors and Assistant Directors, our Early Childhood Educators are the best of the best and form what we consider to be a home-away-from-home for your children. They are not just experts in their field, nor daily caregivers; rather they act as mentors who inspire creativity, learning, individuality and respect for a child’s natural psychological, physical and social development.

All our centres strive for excellence in design and are created with the vision of changing the way children learn and succeed. The environment is designed to support the very best in holistic early childhood education and care and boasts an incredible array of amenities and learning materials, which include an indoor gymnasium, spacious rooms and industry-leading technology in the classrooms at select centres.

Our growth has been both organic and acquisition-based in nature. In addition to our recently purpose-built BrightPath centres including Chestermere, Clayton Hills, Cochrane, Creekside, Sage Hill, Richmond and St. Johns in both Alberta and British Columbia, we have been fortunate enough to adopt additional marquee brands over the years including Brite Studios in Calgary, Manotick Montessori in Manotick, Queens Montessori Academy in Markham, three Children’s House Montessori centres in Windsor, four Little Scholars Montessori centres in Ottawa, four ABC Academy centres in Toronto, and 20 Peekaboo Child Care centres across Ontario.