Queens Montessori > Who We Are

At Queens Montessori, we firmly believe in the empowering and educational qualities of the Montessori method. We work to provide a supportive framework, within which your child can learn, grow and discover a world of knowledge at their own pace.

We work hard to make our centre feel like a home-away-from-home for your child, so both parent and child can relax and enjoy the stages of development. 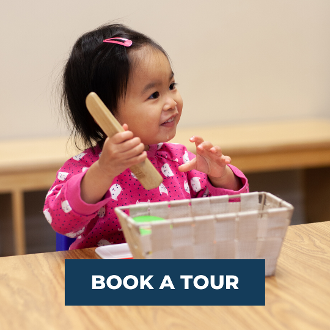 While many child care facilities claim the name Montessori, we believe that it’s more than just a name. Montessori is a defined and effective set of principles designed to help your child grow into a confident, well-rounded and empowered adult. We adhere to these principles very closely to give your child a pure Montessori experience.

Our staff are absolutely devoted to providing your child with a structured, supportive and empowering learning experience. We are known for our low staff turnover rate, which provides a consistent and stable experience for your child. Our directresses are highly educated and hold a variety of certifications, including Montessori accreditation, Registered Early Childhood Educator status and Bachelors of Education .

A Proud Member of the BrightPath Kids Family