TCH Montessori > Who We Are

We Care About Early Childhood Education

Growing up is both difficult and exciting. We aim to facilitate your child’s development and feed their natural curiosity in a safe and inspiring environment. Many children consider our centres to be their home-away-from-home; a fact we take great pride in.

Our progressive Montessori curriculum and program allow children to interact with and discover learning materials for themselves. Everything we do is designed to help children develop independence, confidence and a strong sense of self. 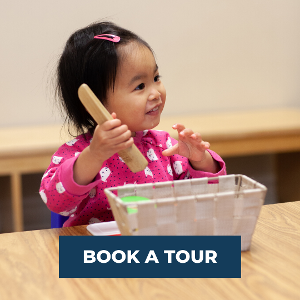 Above all, your children matter to us. Whether it’s physical, emotional, intellectual, or mental, your child’s wellbeing always comes first. Our programming relies on four pillars to deliver an excellent, well-rounded experience for your child. They include a dynamic Montessori curriculum, a wholesome nutritional menu, dedicated early childhood educators and dependable parent communication.

At The Children’s House Montessori, we believe in the importance of people. Each of our centres features several experienced and accredited directresses under the leadership of a principal. Our staff are exceptionally well-trained in early childhood education and care and come with a list of credentials, including Montessori training, registration with the College of Early Childhood Educators and a variety of Bachelor’s degrees relating to child care.

Our staff are not only certified professionals, they are enthusiastic and compassionate people who believe in the importance of establishing trust and building relationships. You can rest assured that your child is in kind, nurturing and very capable hands.

Each of our three locations prioritises safety, support and, of course, educational fun. Updated outdoor playgrounds, indoor gross motor rooms and traditional Montessori materials make our centres an ideal place for your child to learn, play and socialise with other children. All of our locations are equipped with secure keycard entry to ensure a high standard of safety and security for your child.

A Proud Member of the BrightPath Kids Family

The story of BrightPath began under a different name. Originating in May of 2010, Edleun (Education Learning Universe) was formed with the acquisition of eleven childcare centres in Alberta. With the vision of raising the standard of child care in Canada, Edleun began a pattern of rapid growth over the next three years, acquiring a total of 49 centres.

The Children’s House Montessori(TCH) will be rebranded to